Shopping for Your Sedar 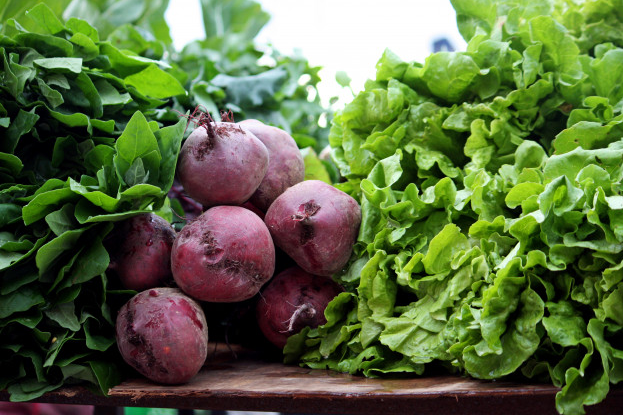 A special meal calls for special ingredients.  Seder, which translates to “order,” is a ritual feast that marks the beginning of Passover.  Multiple generations and close friends gather around a table decorated with the finest tableware.  During the dinner, families tell the story of the Jews Exodus from Egypt, discuss the meaning of the story, drink wine, eat matzo and observe other symbolic traditions.

END_OF_DOCUMENT_TOKEN_TO_BE_REPLACED 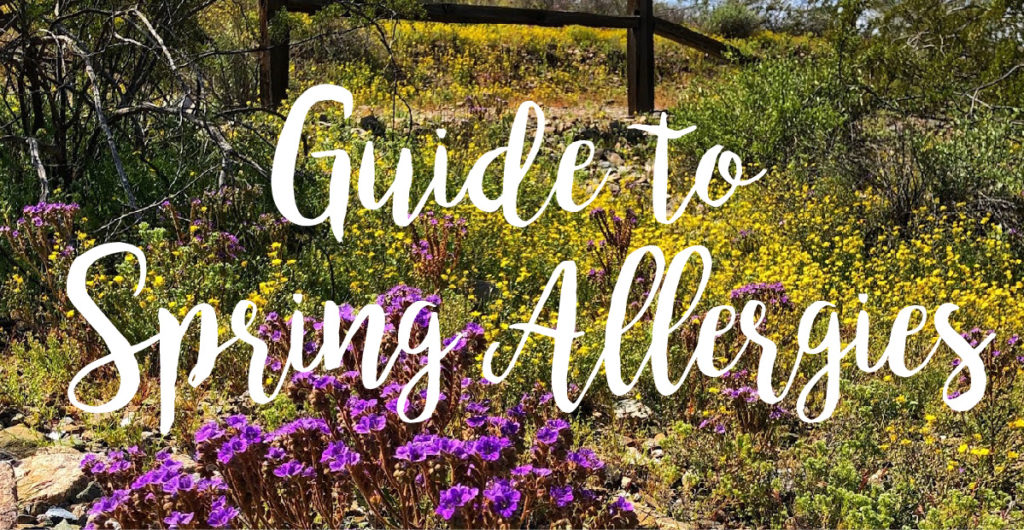 Yes, it’s that time again—flowers blooming, bees buzzing and lots of sneezing—the all-too-familiar sights and sounds of spring. If you have pollen allergies, spring can be miserable times. You can suffer with itchy eyes, a runny nose, congestion, sinus problems and sneezing—or you can numb your brain and reflexes with over-the-counter or prescription drugs. Maybe it’s time to consider an alternative. Making some minor modifications to your eating habits and picking up some of these handy market items might help relieve some of your symptoms

END_OF_DOCUMENT_TOKEN_TO_BE_REPLACED

Crop of the Week: Mature Spinach 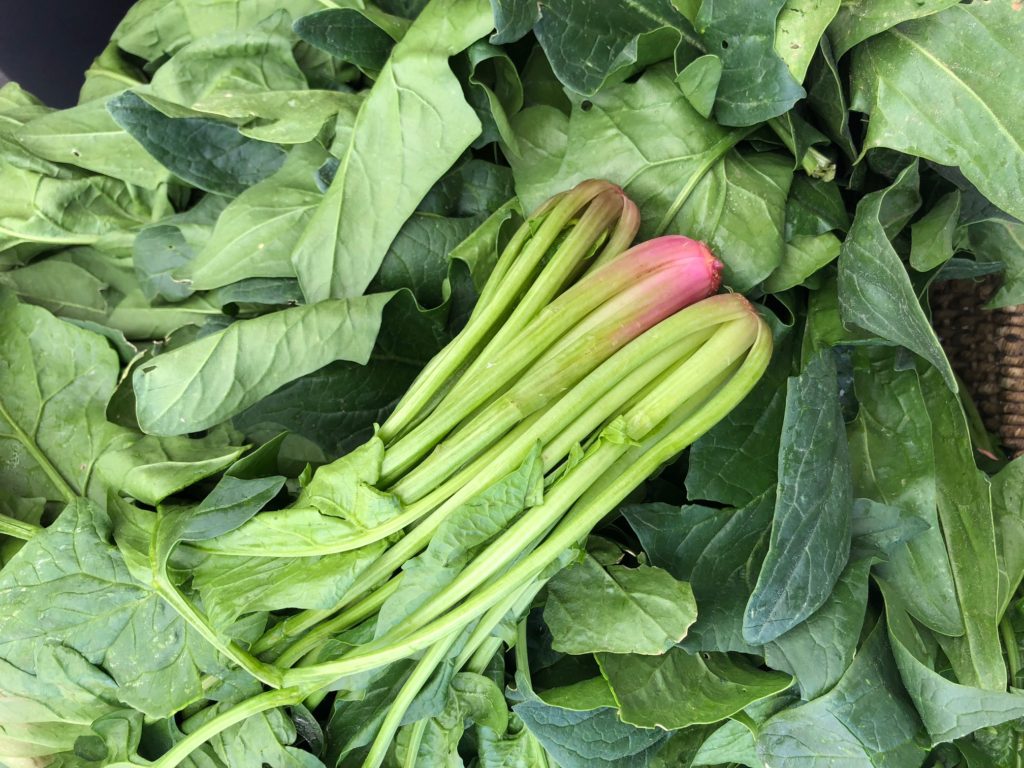 Spinach is a cool-weather vegetable. Along with other green, leafy vegetables contain an appreciable amount of iron, calcium and vitamins a and k. A fast-growing plant, it yields many leaves in a short time. The variety we’re used to seeing at the grocery stores is known as “baby spinach”.  It’s a softer, sweeter leaf that’s delicious enjoyed fresh and paired with citrus vinaigrette and sliced radishes.  Baby spinach is harvested as early as three weeks. Alternatively, Mature Spinach is harvested 45-60 days. Mature spinach has a richer spinach flavor and is great to cook with because of its texture.

END_OF_DOCUMENT_TOKEN_TO_BE_REPLACED 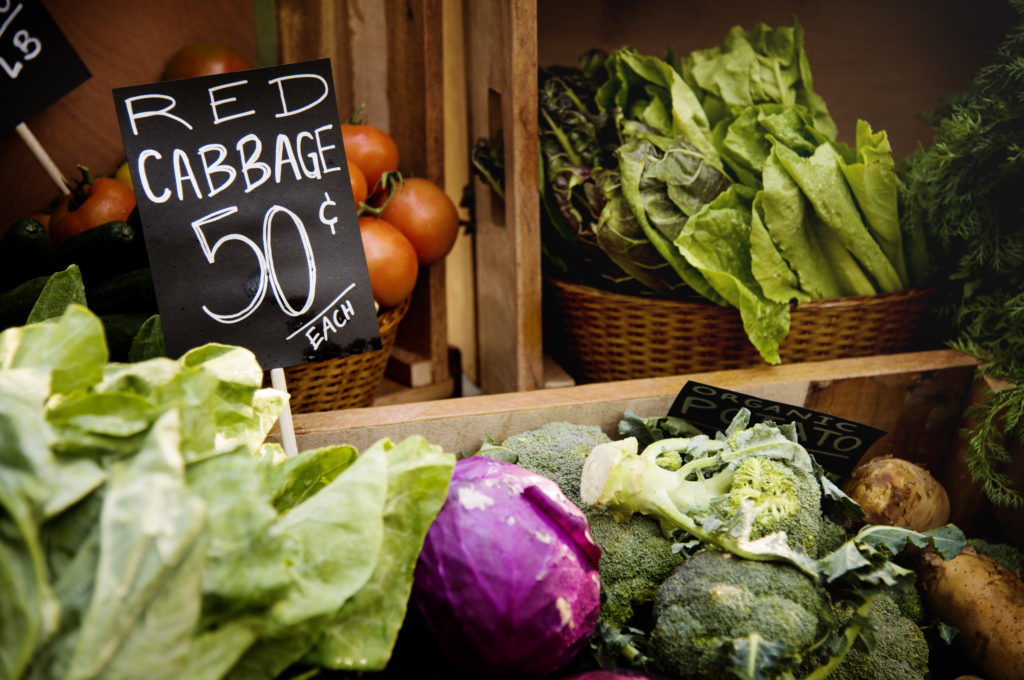 “Cabbage is humble, but worthy of the greatest respect” the great Alice Waters has written
(Don’t miss her talk this month – details below**)

Check out our Guide To Leafy Greens and get inspired to cook up Corned Beef and Cabbage this weekend.

Ten Fun Facts About Cabbage… yes, cabbage!
1. Cabbage is one of our oldest known vegetables.
It has been cultivated for longer than almost any other vegetable on record. To be precise, more than 6,000 years! It originated in Northern China, sometime around 4,000 B.C.
2. The first cabbage in America was brought by French explorer Jacques Cartier on his 3rd voyage (1541).
3. Cabbage belongs to the Cruciferae family of vegetables, along with broccoli, collards, kale, and Brussels sprouts.
4. Today, China is the largest producer of cabbage, followed by India and Russia.

END_OF_DOCUMENT_TOKEN_TO_BE_REPLACED 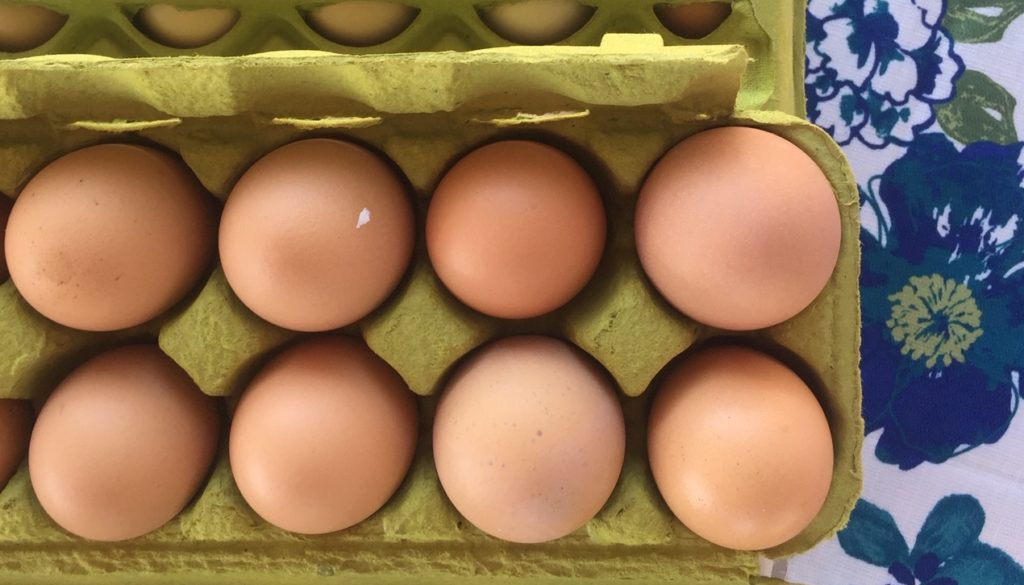 Have questions about the differences between store-bought versus farmers market fresh eggs?

We’re here to help you navigate your choices when buying eggs.

END_OF_DOCUMENT_TOKEN_TO_BE_REPLACED

You may know Celia for her hard work as a local farmer and her varieties of cheeses, duck eggs, gluten free goodies, soaps and hand woven textiles.  Celia has been at the Market since the very first one back in February of 2005!   So.. she definitely knows the Market well and made some mean Market Tacos for our Taco Throwdown!

You can read more about Celia here in this Vendor Profile: Chile Acres. 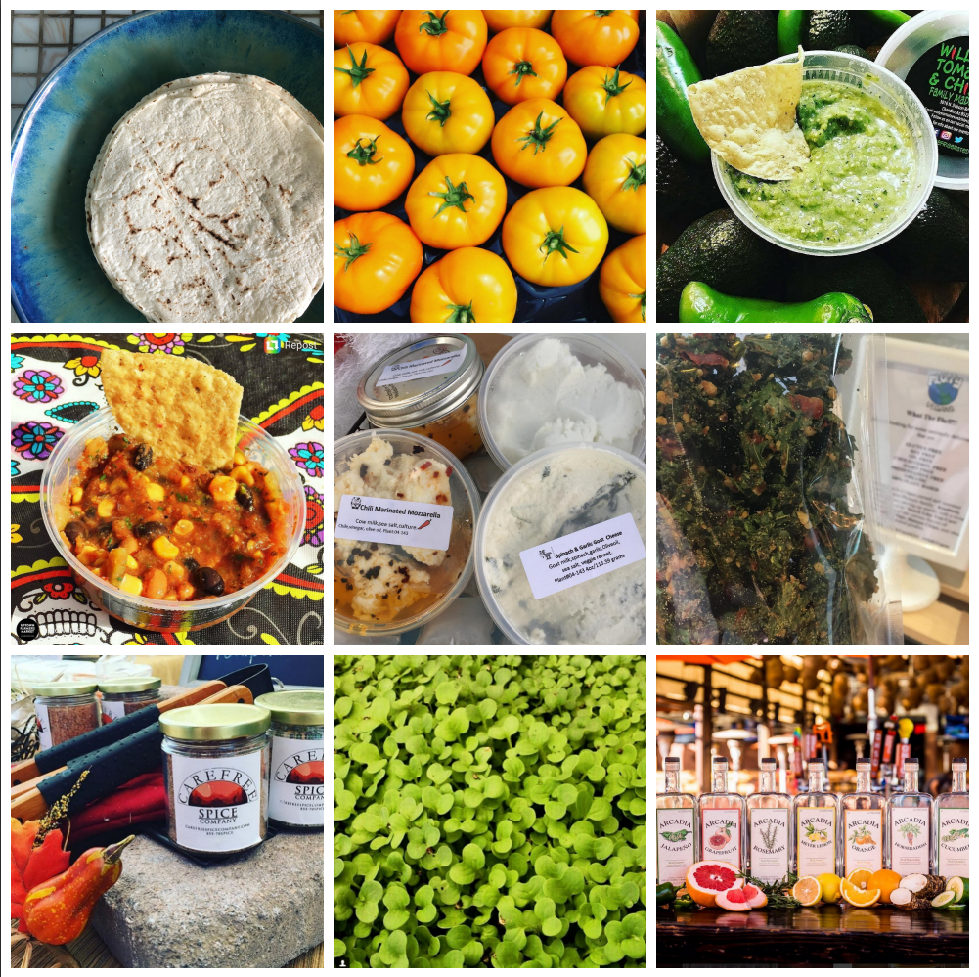 END_OF_DOCUMENT_TOKEN_TO_BE_REPLACED

It’s every Arizonan’s duty to be able to recite the 5 C’s like the ABC’s: Cotton, Copper, Cattle, Climate, and CITRUS! 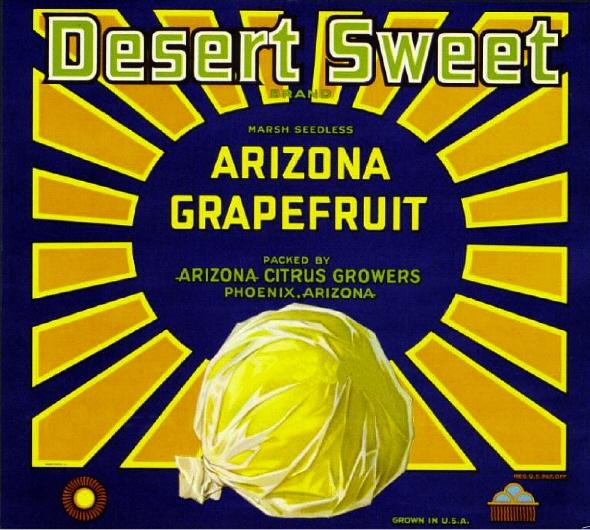 In the early years of Arizona’s history, citrus was a major player in the fate of Arizona’s economy. Citrus was brought over to the Southwest in the 18th century by Spanish settlers. As grapefruit in particular gained popularity during the 1930s, more than 1 million crates of grapefruits were produced by our state in the year of 1935.

The industry flocked to Arizona, landing mainly in the Arcadia and Mesa areas, where many groves are landmarks for historic neighborhoods. The sprawl of these neighborhoods and urban areas in general encroaching on farmland is largely why orchards declined heavily in the 1990s. 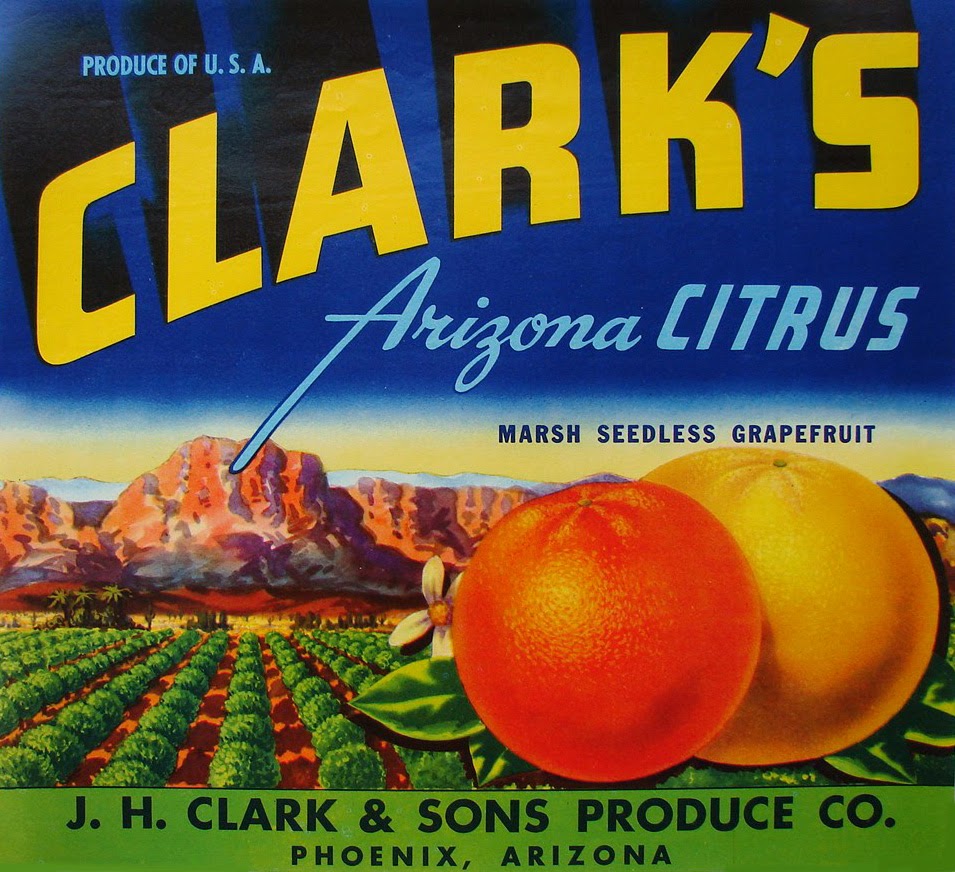 Our warm and sunny climate creates a perfect incubator for sweet, juicy citrus of many varieties. Today, shoppers at Phoenix Public Market can find tangelos, kumquats, ruby reds, and so much more in overwhelming abundance at every grower’s stand. The ubiquity of citrus in our Phoenician lives can make the fruit mundane and cumbersome, but there are plenty of ways to enjoy it and reap the nutritional benefits–it’s time to get creative!

END_OF_DOCUMENT_TOKEN_TO_BE_REPLACED

Taste of the Market: Cucumber Soup

July 10, 2017 No Comment All Recipes, Recipe Box, Spring, Summer, Taste of the Market 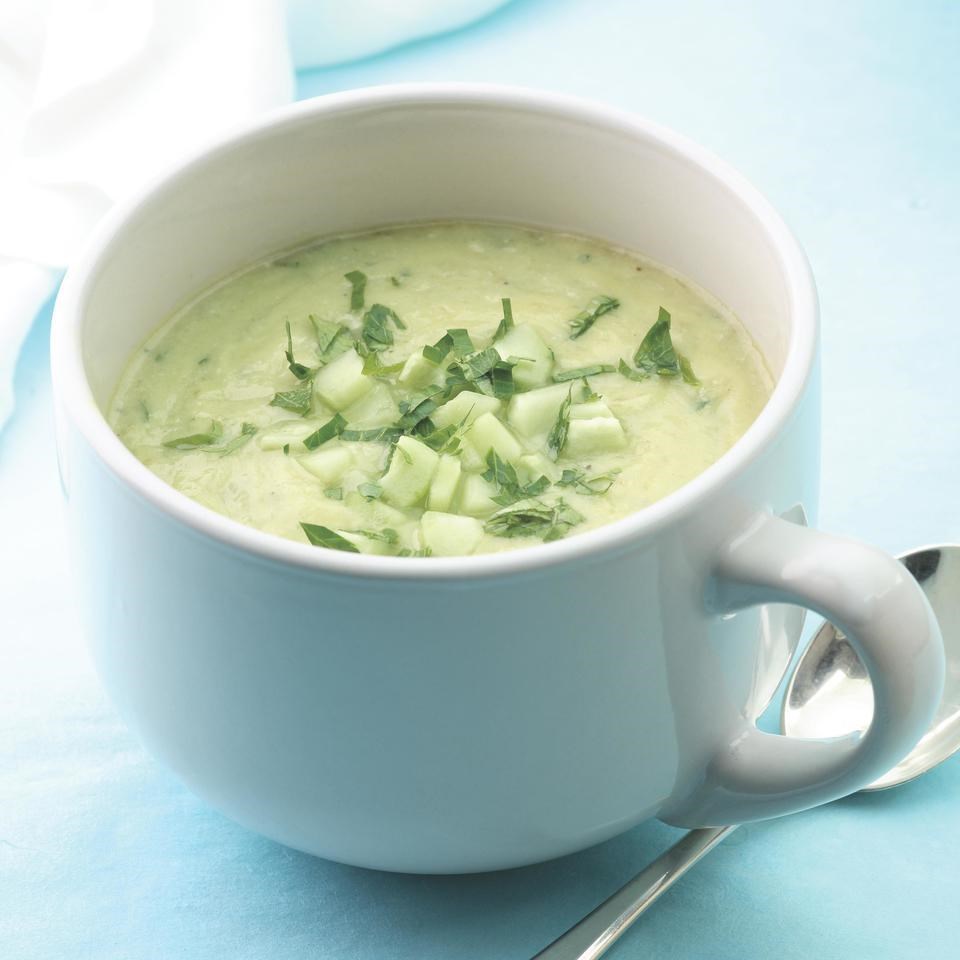 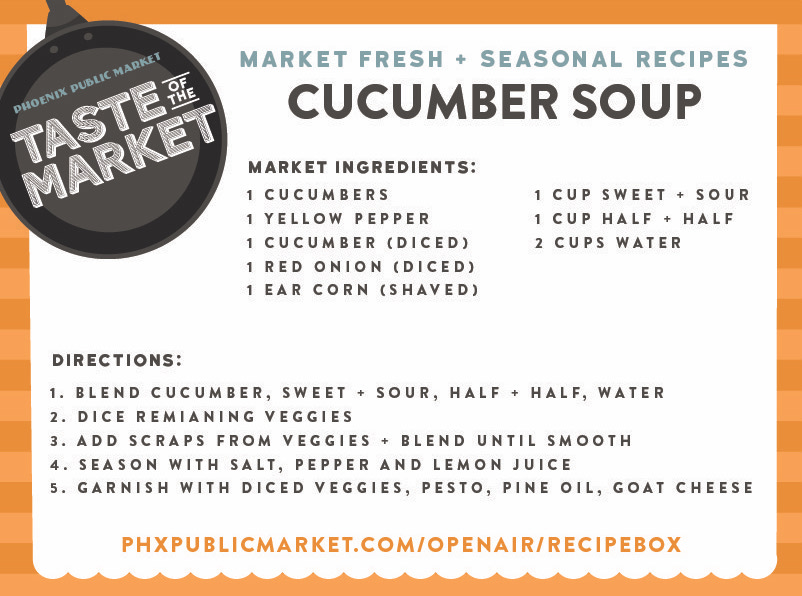 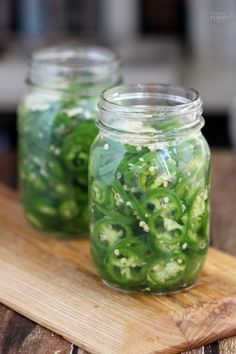 Shop the Market for peppers and pickle them to top salads, sandwiches or to simply snack on.

END_OF_DOCUMENT_TOKEN_TO_BE_REPLACED 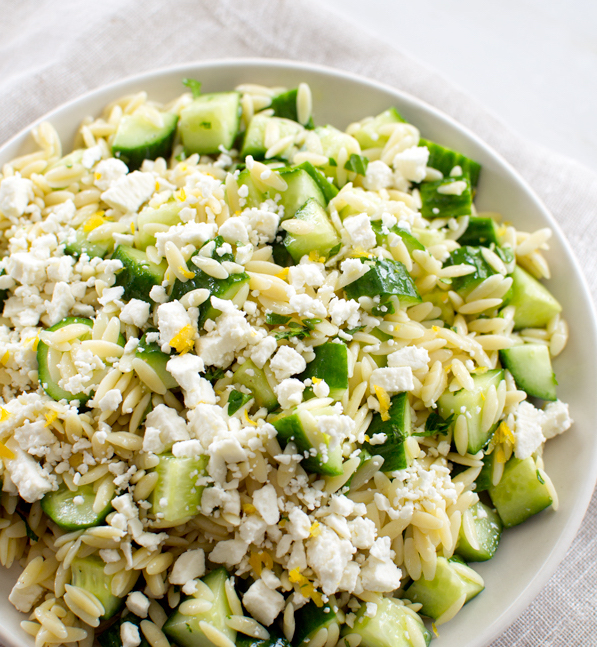 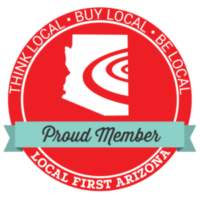 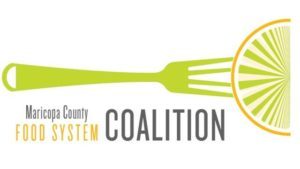